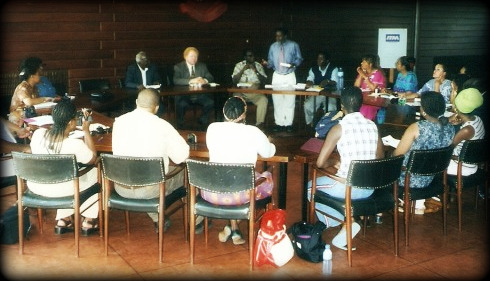 The study of “humanities” in modern times implies a diversity of human experiences. However, in many school systems and institutions of higher learning, studies in the humanities have often been limited to the study of one particular family of humanity, with all others pushed to the margins. The cultural contribution of African people to humanity remains most under-appreciated and unacknowledged in American academia.

With Africa being one of the largest inhabited continents on the planet, comprised of thousands of cultural groups and languages, failure to adequately include studies in African culture in the humanities constitutes academic negligence. Nevertheless, humanistic studies of world culture in most institutions of higher education offer scant attention to African cultural production. To address these issues, the International and African Studies Outreach office of the American Institute for Resource and Human Development (AIRHD) received a grant from the Franklin Foundation to conduct a two-week, intensive In-service Teacher Training Institute for elementary, middle, and high school teachers as well as college and university faculty in 2008. Twenty-eight elementary, middle, and high school teachers representing many school districts in Georgia attended and participated in this program.

The correction of stereotypes,media myths, and misconceptions along with the accumulation of historical, archaeological, cultural, and linguistic evidence about African past justifies the maximum use of the Franklin Foundation grant.